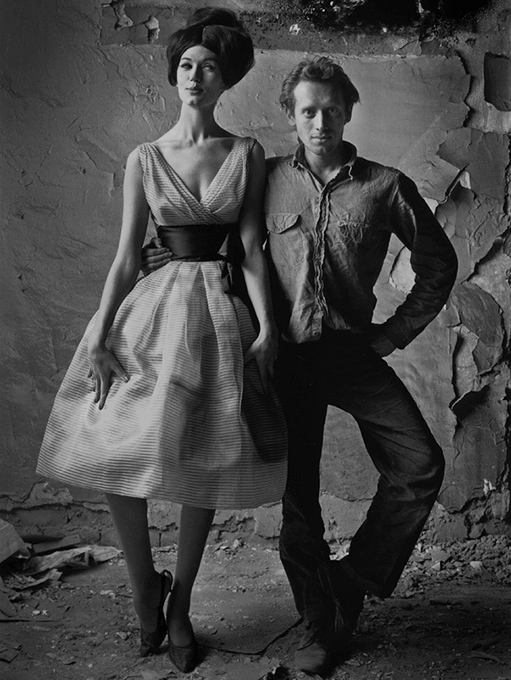 The Digital Journalist is intended to be a celebration of photography. In these pages you will see work by new, young talent, such as Suzie Fitzhugh, Andre Lambertson and David Brauchli. Then there is the work by the giants of the profession, photographers at the top of their form, such as David Allan Harvey, Eli Reed, David Hume Kennerly and Mary Ellen Mark. Finally we pay respect to the legends, Alfred Eisenstatdt, Ed Clark, Carl Mydans and David Rubinger, the photographers who helped to shape our visual legacy.

This month we offer the sweetest of all possible combinations. Melvin Sokolsky's photographic style helped to define how a period and generation looked in the late 1960s and early '70s. His career and work became forgotten as he became more involved in the motion picture industry, and was then rediscovered, leading to a triumphant new body of work that takes us into the 21st century of fashion.

Melvin Sokolsky wandered into the offices of Harper's Bazaar in the fall of 1959 at the age of 20. He had just finished a shoot for a small advertising agency of a model with a fur coat, for which he was paid the princely sum of $150. Hoping to be considered someday for an assignment he showed the pictures to the famed Art Director, Henry Wolf. Melvin was uneasy about how his compositions would fit into the pages of a fashion magazine. He was worried about how to shoot leaving enough space for the type. Wolf growled at him. "You just take a good picture and I'll figure out where to put the type!"

There was a young Wellesley graduate working as the secretary to Bazaar's legendary Editor, Diana Vreeland. Her name was Ali MacGraw. She suggested to Melvin that there was a wonderful hat sitting on a table in a storage room that she knew the editor had loved. Melvin immediately did a cover take with the assistance of the girl who would become one of the biggest movie stars of the '70s and his place at Bazaar was assured. Unfortunately, Ali was not the cover model. She was considered to be too pretty.

At a time when fashion was dominated by such photographers as Richard Avedon, Hiro and Irving Penn, the kid from the Lower East Side quickly developed a reputation for his quirky way of looking at the world. He became fascinated with the idea of putting models in plexiglass bubbles. When offered the chance to shoot the Paris collections he proposed using his bubbles. He had gotten the idea from The Garden of Delights by the great Flemish painter Hieronymus Bosch, which he had seen as a child. He tested the idea in Weehawken, New Jersey and editor Nancy White loved the idea. The big problem then was how to convince the French authorities to allow him to suspend the bubbles above the Paris streets and the Seine. Fortunately, his model was married to a Frenchman who played cards on a regular basis with the Chief of Police, and whenever the Gendarmes would descend on his troop, Melvin would just point to the back of the van where the official was playing cards.

Spatial relationships of all types fascinated him, leading to experiments with oversized furniture, and use of negative and positive spaces in rooms and doors.

For the next few years, Melvin's output was prodigious, but eventually he began to feel as though he was on a treadmill. The spaces that had served him so well, began to close in on him. He wanted to burst out of those rooms and tell stories with sequences and movement. In the mid 1970s he moved to California and began to shoot film. His intention was to become a feature director, but he soon found that the studio's system of producing movies would not permit him to tell the kind of stories he envisioned. For the next twenty years he devoted himself to shooting commercials, winning countless Cleos, the Oscars of advertising for his work.

But Melvin was frustrated by what seemed to be the end of his still photographic career at a point when he felt he was at the peak of his skills. "People look at me at my age and say can he still do it? They celebrate what you did years ago, and now I am at a time when I really know what I am doing, and yet it is harder now than it was then. I've discovered I've become so much better than what I did before. I have the energy level, and the focus."

Last month, Arena books published a book of his work during the sixties, and a New York show of his work has been on display at the Staley / Wise Gallery. Elizabeth Stewart of the New York Times Sunday Magazine, seeing the book, realized how fresh his vision still was. They immediately shipped him three van-loads of clothes and gave him carte blanche to create a portfolio. Melvin set out to build 30 x 40 foot sets from Styrofoam, and using all his creative talent plus no small amount of Photoshop, came up with a dazzling new body of work.